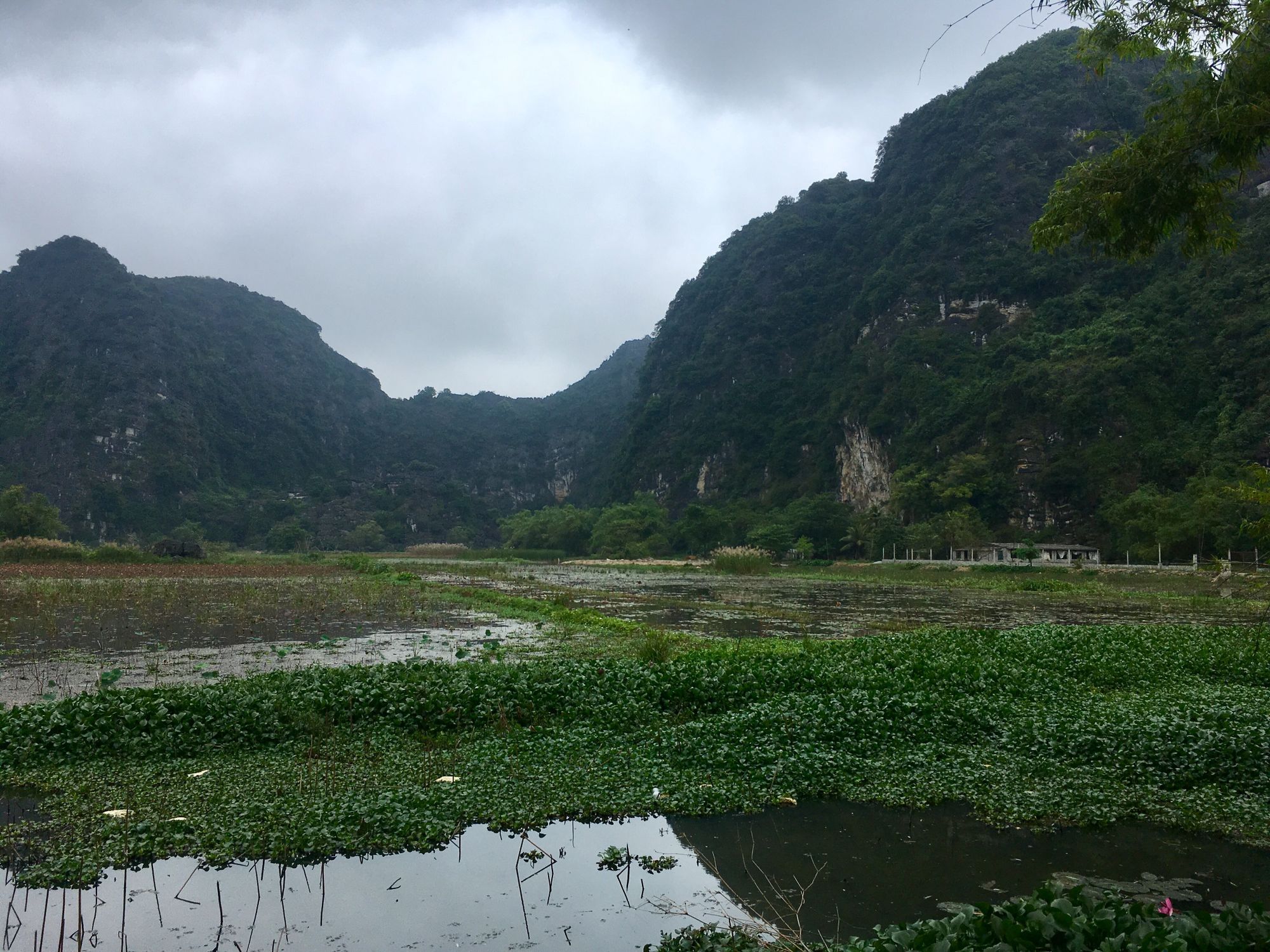 I’m currently in Danang, Vietnam and then I’m off to Ho Chi Minh tomorrow in hopes of finally finding warm weather.

Don’t get me wrong, this trip has been mind-blowing from the start, but I came here with very little clothing and with the full expectation that I’d spend the majority of my time in a bikini. The reality is that I’ve spent most of my time either wet in my own sweat or in a torrential downpour.

And on most days, it’s both.

After Hanoi, the bustling city that captured my heart almost immediately, I headed a few hours south to Ninh Binh. It’s been described as the Halong Bay of the land and though I’ve never been to Halong Bay (it’s that place you see all over Instagram with those massive limestone structures towering out of the bright blue ocean water), I’ve gotta say that it’s even better than that.

But to be honest, I fall in love with almost every place I go so I’m probably biased.

Ninh Binh is known for its cone-shaped mountains that are scattered throughout the wetlands that are ubiquitous in Vietnam. The mountains are made of limestone and are covered in lush jungle, as is basically everything in this country.

Even the city streets are dripping with greenery, with long, stringy roots serving as curtains along the sidewalks and big, waxy leaves as shade from the unrelenting sun.

I stayed in a hostel tucked in between a few of those structures and immediately met a group of cool people that I’m still hanging with today, in Danang.

Travel is like that. You meet people that you click with immediately because, well, you’re all just here to have a good time.

And a good time we had.

The very first night in Ninh Binh a group of strangers sat down for the family dinner hosted by the hostel. We all exchanged names and summaries of our travel plans, then held our tiny cups of rice wine in the air for a welcome toast as instructed by the hostel owner.

Rice wine, which is inappropriately named, is actually a distilled liquor that is anywhere from 20 percent to 80 percent alcohol and is more like the American version of moonshine. The people of Vietnam make it in their kitchens (which is why you can never be too sure how much alcohol is in it) and bottle it up in leftover plastic bottles to be distributed quickly, cheaply, and happily.

Each table got a bottle of rice wine and after each cup was emptied, we immediately poured another.

Four bottles of rice wine later, the six of us at our table had already found each other on every social media channel possible, made plans to continue to the next destination together, and found ourselves curled up on the floors of our rooms, vomiting it all back out, one bottle at a time.

Even so, the next day we set out to take a boat tour through the river that meandered through the limestone structures, carving its way through them and flooding the space around them.

A little man in a blue suit and traditional cone-shaped straw hat deftly paddled the boat through each cave and dropped us off at the temples tucked away in the jungle. As we entered each cave, a strange stillness settled in and all that we could do was sit wide-eyed, staring at the massive empty space before us and the clear water below us.

Some of the caves were as long as 300 meters and each time we emerged from the cave we were met with a wall of jungle that was impossibly more spectacular than the jungle we had seen moments before.

The porous limestone is easily shaped by wind, water, and the bossy roots of all of the plants growing on top of it so that what resulted were swirls and sharp edges of stone peeking out between the green leaves of the jungle.

They sat as if they weren’t the most spectacular sight of all, which, of course, they were.

The cries of goats echoed between the mountains and the songs of birds filled the empty air in between.

The water below was crystal clear and revealed an equally vibrant ecosystem that looked a lot like furry green tails all dancing in the gentle current. Fish slowly wandered through the plants and swirls of blue, green, and teal filled the empty spaces in between.

Each temple that we stopped at was built of stone and was overgrown with moss and the reaching vines of the jungle that sat just at its edge. The entire space smelled of incense, the chosen offering that people bring to the temples each day.

The boat tour was three hours in total and the only thing that we could all say, over and over again, was “this is amazing.”

That night, we sat down for another family dinner at the hostel and when the host motioned for us to raise our cups of rice wine in the air for another toast, we all gave each other side eyes and reluctantly sipped the wine.

We set down our cups and didn’t touch them again for the rest of the night.

Instead, we watched the table next to us, full of new arrivals just tasting the wine for the very first time, pour cup after cup of rice wine just like we did the night before.

We watched with smug smirks on our faces.

The next day, a cold rain flooded the region and so we were off to the next destination. We opted for a night train, convinced that this would be the best and cheapest option for arriving to the sunny, warm beaches of Hoi An.

But if you follow me on Instagram, then you know that this is not at all what happened. And, of course, I couldn’t be more thrilled about it.

The thing about travel is this: nothing ever goes according to plan and you’re almost always uncomfortable.

It chips away at your ego so relentlessly that you eventually learn how to adapt to any situation, any personality, and any (literal) shit that comes your way.

But I’ll tell you all about that in the next email.

I need to get back to the bar where my friends are, drink more $.80 beer, and play more card games.

Life, man. It’s crazy beautiful if you let go of your expectations about it. 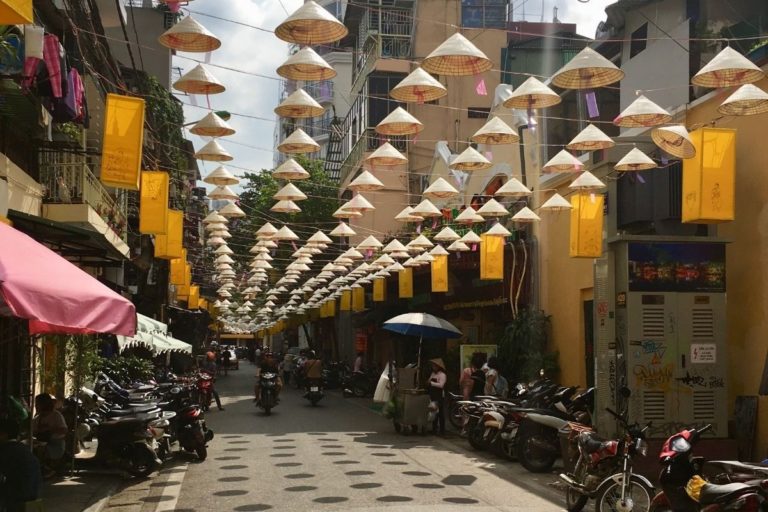 A year ago by Marquis A Matson ∙ 5 min read Originally written December 5, 2018 Yesterday, I visited…